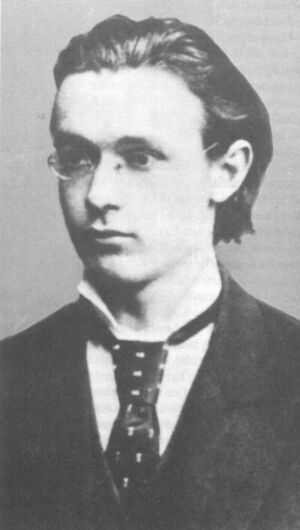 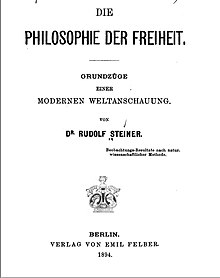 Welcome to the George O'Neil Group website where we address the question as how to read Rudolf Steiner's basic books. Rudolf Steiner said that his books must be read differently than other books. This website is dedicated to helping others learn how to think and read organically.

Let me challenge you to rethink your current method of studying Steiner texts. Steiner said many things about the Philosophy of Freedom:

1.   If a person holds the same relation to this book that a virtuoso, in playing a selection on the piano holds to the composer of that piece, that is, if he reproduces the whole within himself - naturally according to his ability to do so - then through the strictly built up sequence of thought of this book - for it is written in this manner - catharsis will be developed to a high degree.

2.   This was not in fact my intention in writing the Philosophy of Spiritual Activity. Thus, it will not be popular with those who read books only to acquire information. The purpose of this book is to make the reader directly engage his thinking activity on every page. In a sense, the book is only a kind of musical score that one must read with inner thought activity in order to progress, as the result of one’s own efforts, from one thought to the next.

3.  Study then means for one desiring to make a somewhat elementary approach means acquiring a certain knowledge of the elementary facts of spiritual science itself; whereas for one who wishes to go further it means an inner meditation in a thought-structure which lets one thought grow of the another

4.   The Philosophy of Spiritual Activity called forth many misunderstandings because people cannot penetrate into the method of thinking employed in this book... the kind of thinking ... is one which I might call morphological thinking, one in which we think in forms. ... This thinking does not link one thought with the other, but it sets before the mind a kind of thought-organism.

6.   In what I have named Anthroposophy, in fact in the Preface to my Philosophy of Spiritual Activity, you will meet with something which you not be able to comprehend if you only give yourself up to that passive thinking so specially loved today, to that popular god-forsaken thinking of even a previous incarnation

Let us summarize all six points: reproduce the chapter like a musical score, paragraph for paragraph, then meditate on its thought-sequence and structure, understand that the individual sentences and paragraphs stand in polarity to each other with a midpoint sentence/paragraph and don’t think that the Preface to the Philosophy of Freedom is below you, since if you have not studied the form of the Preface using organic thinking, you are still thinking passively.

My name is Mark and I maintain this website in order to share this very special aspect of Rudolf Steiner's work. I learned the basics from Florin Lowndes, author of the Enlivening of the chakra of the Heart and Das Erwecken des Herzdenkens. Florin was a friend and co-researcher with George O'Neil who made the initial discoveries into Steiner's writing style. The O'Neil Group provides instructions on how to run a successful study group which follows the indications above. Groups study of a Steiner text can bring about some amazing experiences and healing.

Lecture at the local Branch